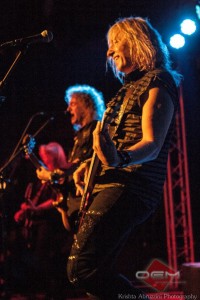 Heading into the Y&T show last Friday night, I was expecting a dash of nostalgia and a tired band knocking out their hits from the 80’s & 90’s. I’ve been to more than a few shows with legacy bands that didn’t bring it. Call me a dolt because I couldn’t have been more wrong in the case of Y&T.

Y&T was absolutely amazing. The Bossanova Ballroom was on fire with an authentic energy from a bygone era and the crowd was loving it! An era of big sound, big guitars and soaring vocal harmonies… These guys brought it all. They played many of their hits including Mean Streak and Summertime Girls. 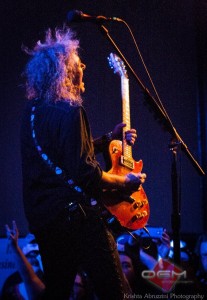 Founding member, Dave Meniketti, is both a great singer and a great guitar player. As they worked their way through the highlights of a catalog that was part of the musical backdrop of my youth (and most of the people’s in attendance), I couldn’t help but be impressed with Dave. At 62 years old, his vocals sound as strong as they did back in the day. Then his guitar playing…. Wow. His lead playing was out of this world. His vibrato and tone mesmerized you. Then he’d break into some old school pentatonic licks that would get your ears hummin’! Amazing musician. 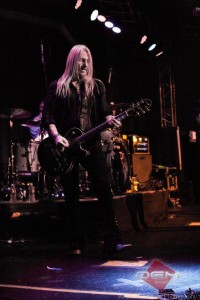 The rest of the band weren’t slouches either. John Nymann played rhythm guitar and sang backing vocals… (I’ll come back to the backing vocals in a second). John has an infectious smile and stage presence that pulls you in and has thinking… this guy’s got the best job in the world. Then over to Brad Lang on Bass. This guy was rockin’ and swayin’ all night long… he also sang backing vocals. At the back of the stage holding it all down was, Mike Vanderhule, on drums. Mike is a solid drummer that makes it look easy while he is layin’ down the grooves. Mike also sang backing vocals. 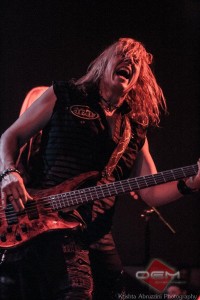 So, about those vocals. OMG! This band was musically tight. But, one of the things that sets them apart from many others are the vocal harmonies. When John and Brad stepped up to the mics it was like a rock & roll barbershop quartet. It was amazing because they were in tune and rock solid. At one point, I found myself in almost disbelief thinking this must be backing tracks! But it wasn’t… it was top notch musicianship.

If you get a chance to see Y&T, get off your ass and go see them. Amazing musicians and amazing energy.