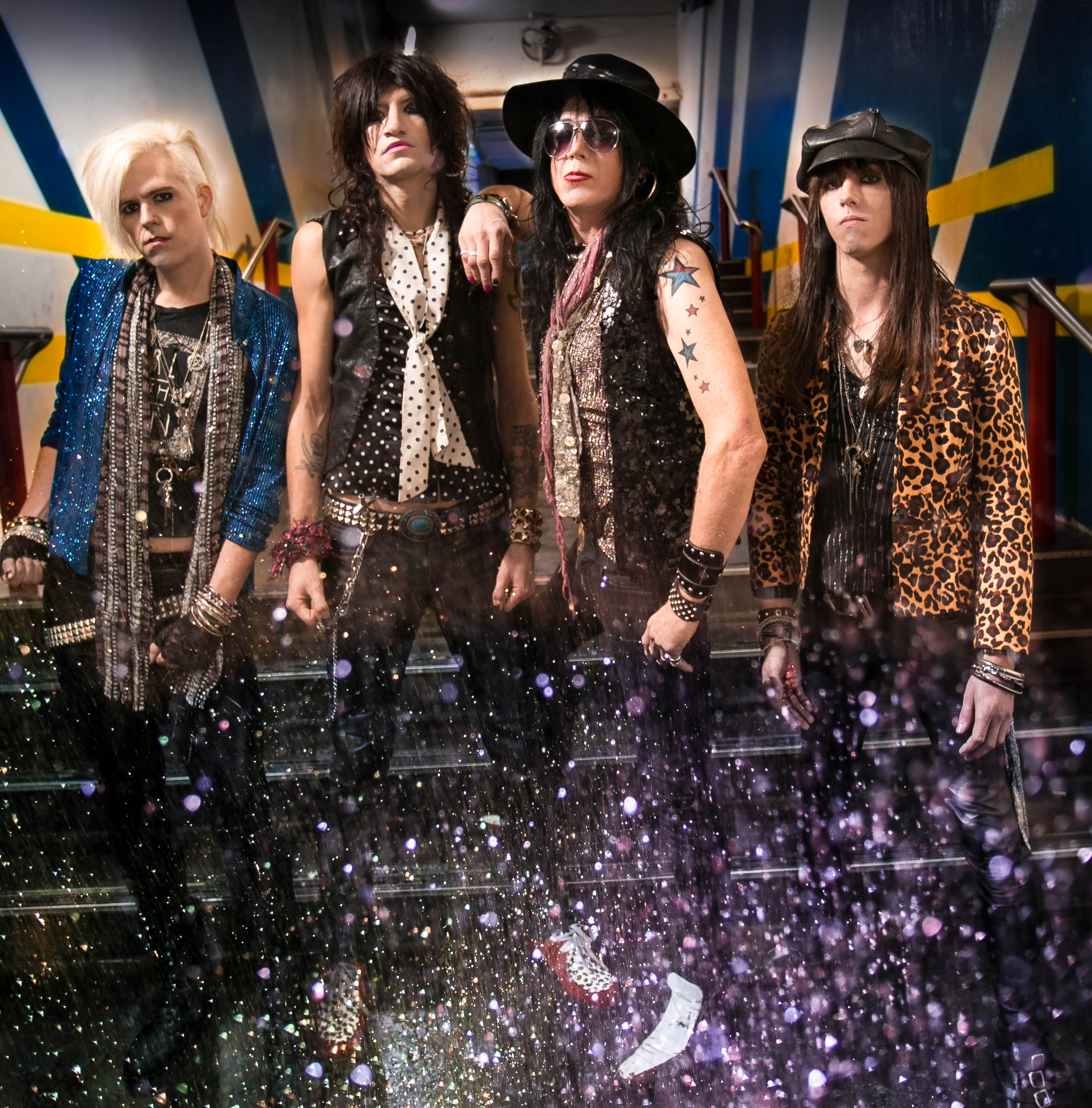 Every once in a great – and blessed – while, a band comes along that encapsulates everything that’s great about rock-n-roll. The Prophets of Addiction is that band. These guys are so authentic and such masters at what they do that it’s like some mad scientist extracted the pure essence from their genre – Guns N’ Roses, The Ramones, Hanoi Rocks, New York Dolls, Dead Boys,  Backyard Babies, Lords of the New Church, Motley Crue and all the best glam/punk bands – and gave rise to The Prophets of Addiction. With songs that will play in your head long after the CD stops and looks that kill, The Prophets of Addiction are the total package. It’s been way too long for a band like POA to come to us lovers of metal, mascara and musical mayhem. The Prophets of Addiction’s debut recording Babylon Boulevard  was hailed by the media with amazing reviews. “This is possibly the best album of its genre for many a moon if only G N’R still made records like this the world would be a better place.”

Prophets Of Addiction is the brain child of Lesli Sanders formerly of the cult bands Pretty Boy Floyd, Queeny Blast Pop, Talks Cheap, City Girls’ Boys, as well as stints as touring bassist for Marky Ramone (Ramones) and Phil Lewis ( LA Guns). While Sanders handles lead vocals and bass guitar, joing him in Prophets of Addiction are Jimmy Mess on drums, and G.G.

The Prophets of Addiction are back with a new release on the Mighty Music / Target Group Label / Bickee Music (Japan)  entitled: Reunite the Sinners. This time Lesli’s old friend the legendary Poison guitarist C.C. DeVille literally lends a hand with a guest guitar solo on the track “Kings and Queens.” Phil Soussan ( Ozzy, Billy Idol, etc) a long time collaborator on Sanders’ works returns to handle the mixing and mastering duties.

The band has successfully toured Europe, Australia, and the USA performing hundreds of shows a year. With the release of Reunite the Sinners in the spring of 2016 and many tour dates in the works including the massive Rocklahoma festival there are no plans to stop any time soon.

“Dont let their glitter image fool you, for this bunch join the dots between Alice Cooper and the Ramones.”www.DMME.net

“These cats have taken the best of NYC’s sleaze-punk days (Johnny Thunders, the Throbs, Circus of Power) and the best of the early glam-sleaze days (Hanoi Rocks, Dogs D’Amour) and slammed them together with the force of a hundred freight trains. There’s no studio trickery here either, these are raw recordings that sound gloriously like the band playing live on the best night of their lives.”www.massmovement.co.uk

“To be honest I was looking forward to reviewing this band but dreading it at the same time. I have heard so many great things about them and did not want to be disappointed, well I can definitely say I wasn’t. From the opening song I was hooked.” Underkill TV